How Shelley Stewart Subverted the System to Become an Advertising Success

All his life, Shelley Stewart has been breaking barriers to rise above poverty, brutality and prejudice. The founder of o2ideas, a 54-year-old agency in Birmingham, Alabama, overcame homelessness, abuse and discrimination by dedicating himself to education and entrepreneurialism.

As a teen in the 1950s, Stewart turned a 10-minute unpaid weekly radio broadcast into a career as a DJ who appealed to Black and white listeners—something as rare as it was forbidden. Ultimately, he bought a radio station. Along the way, he played a central role in the protests that made Birmingham a focus of the Civil Rights movement in 1963.

Martin Luther King Jr. and local organizers sought out Stewart because he regularly challenged racial injustice on air by reporting police actions in code his listeners would understand. Stewart led Birmingham’s Black DJs to use similar coded messages to let listeners know when, where and how to march on City Hall and avoid police blockades. The most notable, the Children’s March in May 1963, made headlines worldwide. 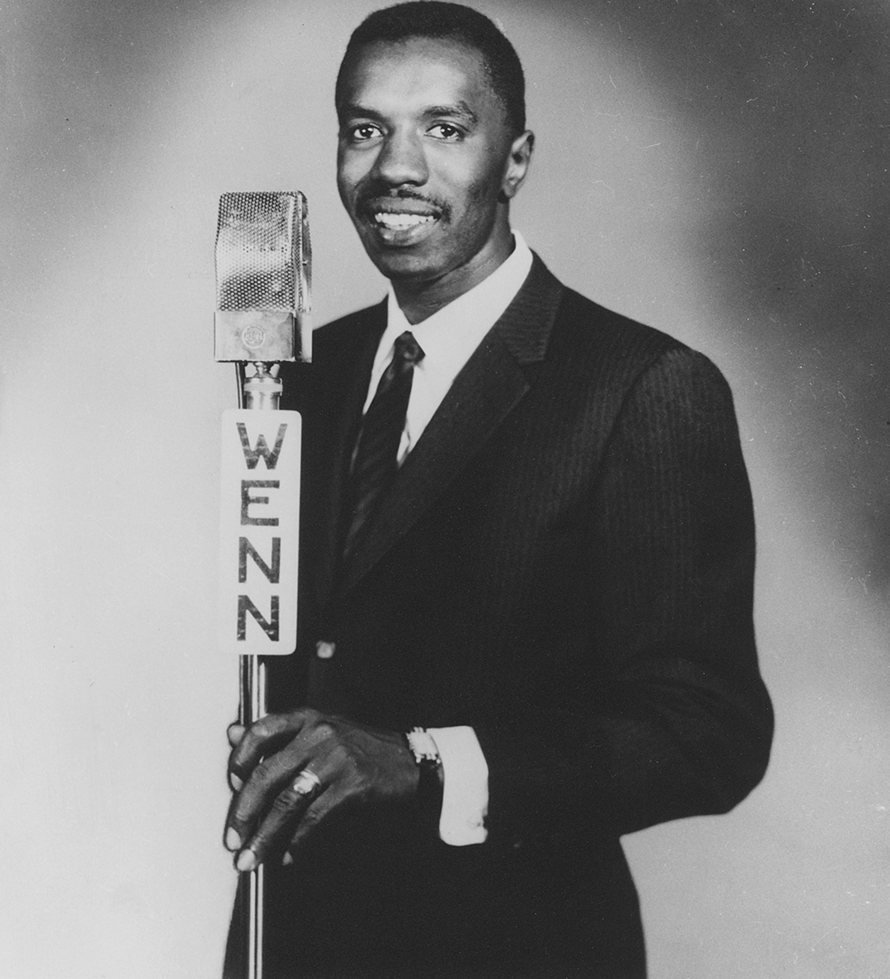 Shelley Stewart in his early radio days in Birmingham.

When Stewart co-founded o2ideas with a white, Jewish radio salesman, Cy Steiner, he had to keep his involvement hidden for 25 years. The shop was originally called Steiner Advertising.

Only when Steiner died in the early 1990s did Stewart come out from behind the curtain. The agency became one of the most successful indies in the South, is part of Worldwide Partners, and is now run by Stewart’s daughter, Sherri, and Bill Todd, a white, former PR practitioner who joined o2ideas in 2001. The agency’s clients include BBVA bank, Honda, the University of Alabama at Birmingham and Verizon.

Stewart spoke to Adweek about the current climate in America and the advertising industry, how he dealt with racism and why there is some hope for change.

This interview has been edited for brevity and clarity.

Adweek: Let’s start with your radio career and how you subverted the system.

Stewart: On air, I had to let people know about police injustice by speaking in code. That was a signature. We used it to direct the Children’s March. The Reverends (James Bevel and King) asked me to use the radio, so together with other Black DJs we enlisted a group of Black student leaders in the local schools. They would spread the word to listen for our signals on the air about when and where to organize and march.

On April 29, we gave the students leaflets asking people to leave school on May 2 and go to the 16th Street Baptist Church. That morning, I told listeners, “Listen baby, you better pack your toothbrush today. You know lunch will be served!”

That code meant that we’re marching and probably going to jail. The police had found out and ordered schools to expel anyone who left, but that didn’t matter—more than a thousand students as young as 6 showed up.

We’d give signals on air for each phase—one for some students to walk two-by-two where the police could be distracted by them, another for the rest to go to Kelly Ingram Park to pray, and another to march to City Hall from four different directions. There was no way for the police to stop them all.

Cy and I formed the agency on a handshake in 1967. Cy could sell openly. I couldn’t. We decided to call the agency Steiner Advertising from the beginning to not publicly acknowledge the Black and white relationship because we wanted to establish a business to serve America. Our clients knew we were partners, but they hid it for us, and we hid it within the agency itself.

We didn’t have any Black creatives for years, so Cy had to secretly pass everything through me to give it a Black perspective. We built the agency by helping clients sell to all markets, not just the Black market, and we never settled for a portion of the budget. No one knew who I was, really, until 1992 when Cy died, and I was forced to go public. That’s when I renamed the agency o2ideas.

How have you dealt with racism within the agency?

When our father wouldn’t give us enough to eat, my brother Bubba and I would go behind stores and take food from the trash cans. We’d throw out the mold and make a meal out of the edible parts. That’s why I never just threw people away. I’d catch employees using the N-word, and instead of firing them immediately, I’d give them a chance to develop.

One day I walked downstairs to our lobby and this young lady was sitting there, and she was applying for an account executive job. I spoke to her, but she would not talk to me. After others had interviewed her and told me, “She’s going to be a superstar for us,” I had her sent to me. I had my chair turned around so she couldn’t see me when she walked in. When I turned around, she began to curse. “Oh no, I’ve blown it,” she said.

I said, “You’re hired.” She said, “My daddy told me that I should never be in the room with a Black man. I thought Shelley was a white woman, and it’s you.” Her daddy called me two weeks later and apologized for what he’d done to his daughter’s life. This young lady has done very well at o2ideas. Of course, she recognized what she had done.

Is what’s happening now about race and the industry déjà vu for you?

I’ve lived through five of these movements and seen them all fizzle because we started at the wrong place and never ended up dealing with systemic racism. Every time, clients and agencies and industry groups formed committees to study the effects of racism and discrimination—principally to appease complaints, not initiate real change. A client will dedicate more of a brand’s budget to diverse markets, or an agency will raise its quota for Black employees. That never solved anything.

What was missing back then?

The committees were all white, senior-level executives. Their best thinking was disconnected from our reality. As guests, we all got labeled “angry Black men.” A lot of my colleagues didn’t want to speak up anymore and be labeled that way. They were scared for their livelihoods. We needed to be leading the conversation, but that was too scary for the committee members.

What’s missing from the current effort?

Diversity isn’t a hire or a program. We need to go straight to the end goal, which is together. When Worldwide Partners CEO John Harris called me after Black Lives Matter heated up, I told him not to hire a chief diversity officer or launch a big initiative. Just bring people together to understand and work with each other to cross divides.

How do we promote the idea of “together”?

We can only create collective change if the whole collective is involved in identifying it, scripting it and making it happen. Don’t form committees. Start conversations where everyone gets a say. Don’t make it an occasional town hall—that’s all for show. Create ongoing discussions throughout your organization, where everyone works day-to-day on what’s missing and what’s worth changing. Think of it as a mandatory weekly conversation involving everyone. The receptionist may be more perceptive than any account, creative, marketing or media people, and undoubtedly senior level executives.

This is much more than “getting along.” It’s about building a thriving business.

We need to remodel our organizations from the ground up by office, department and division. That means everyone who does the work needs to get together continuously to reimagine who we are and how we operate. How we recruit, how we hire, how we train and develop, how we work together and make each other better, and how we bring all this to marketing, so businesses thrive. It’s big, it’s scary, it’s messy. And it’s the only way to ensure lasting change.

Worldwide Partners is hosting our next virtual Global Summit REIMAGINE April 27-29 for agency partners within our network.

Dragonfish is an independent culture and performance consultancy based in Southampton, UK. Learn more about your new WPI Partner Agency.