In early April, 110 attendees working for 43 agencies from 15 different countries descended on Las Vegas for Worldwide Partners Inc.’s annual global gathering, which hadn’t been held since 2019 in Singapore. 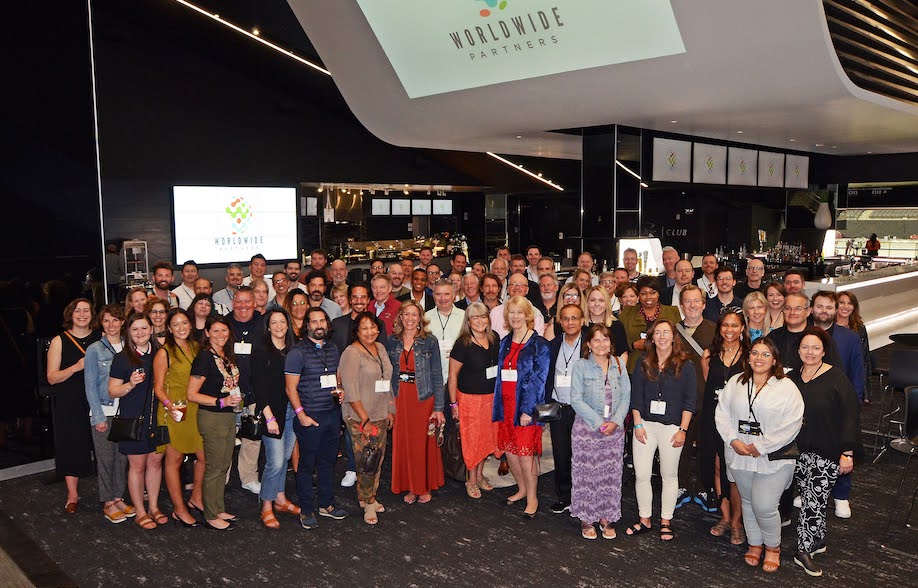 A network of independent agencies that reverse- engineered the holding company model by having the agencies own the network, their theme this year was Agency 2030, a look ahead to what opportunities and challenges lie ahead over the next eight years.

Speaking with John Harris, Worldwide Partners’ president and CEO, after the conference, some of the lessons learned

Fundamentally, the ﬁrst lesson is that there’s no single path to the future, because different agencies have differing needs. “We’ve got full-service agencies, specialist agencies, agencies in different markets, agencies with different capabilities,” said Harris. “What the agency the future may look like for a CX agency that specializes in pharma can be very different than a full service agency that’s focusing on travel and tourism.”

According to Harris, the ﬁrst two-thirds of Shelly Palmer’s presentation to the agency attendees pretty much went over most heads as he delved into Web3.0 innovations such as the metaverse, explained exactly what an NFT is and expounded on blockchain’s abilities. But Palmer then exhorted the audience to look at these as entirely new business models rather than daunting tech best left to others. 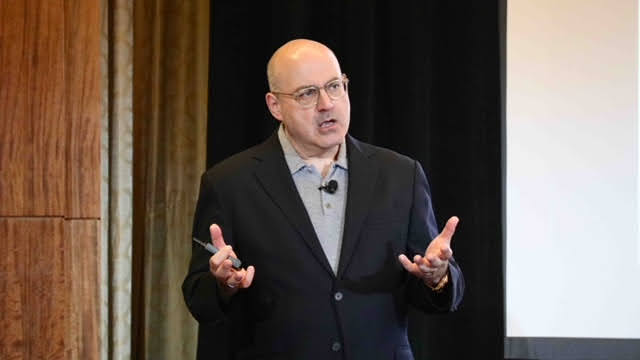 “The bigger picture here is this is a completely new additive element of [agencies’] business. It’s going to represent an incremental and new revenue stream that could impact the client’s business by millions of dollars,” said Harris. “Shelly got us to a place where he’s like, ‘Look, this is how this is playing itself out. There’s a new line of currency that is being decentralized, that if harnessed in the right way, you can add millions, and in some cases, billions of dollars based on the size of the clients you’re working with, to the client’s overall business model that they’ve never had.’

“Everybody in this space [should be] sitting down and talking to clients about how this can be an exponentially additive and incremental stream of revenue to your already sizable business,” added Harris.

That said, taking this path is not without risk, said Evelyn Mitchell, digital advertising and media analyst with Insider Intelligence.

“It seems like the industry’s excitement is substantially outpacing consumer interest — and the metaverse is still only a shadow of what it can/might become. In general, brands with the best chance of succeeding in these areas as they exist today are brands with younger target audiences and products that are a natural ﬁt for virtual environments, like clothing and accessories for avatars,” she said, adding that “in the longer term, whether we’ll see millions or billions of dollars of additive revenue depends on how the tech evolves and whether consumer sentiments turn a corner, and there’s no guarantees.”

Restoring the balance of power

Though it sounds almost contradictory to Palmer’s points, longtime Publicis executive Rishad Tobaccowala, who’s now an author and consultant, encouraged agencies to think of tech as tables stakes — and to focus on what people can do that it can’t. His advice was twofold: Hire people who are additive to your agency’s culture rather than mirroring the existing culture. And remember that agencies are in the service business, not the servile business — meaning it’s important to not let clients walk all over you just because they’re the client. 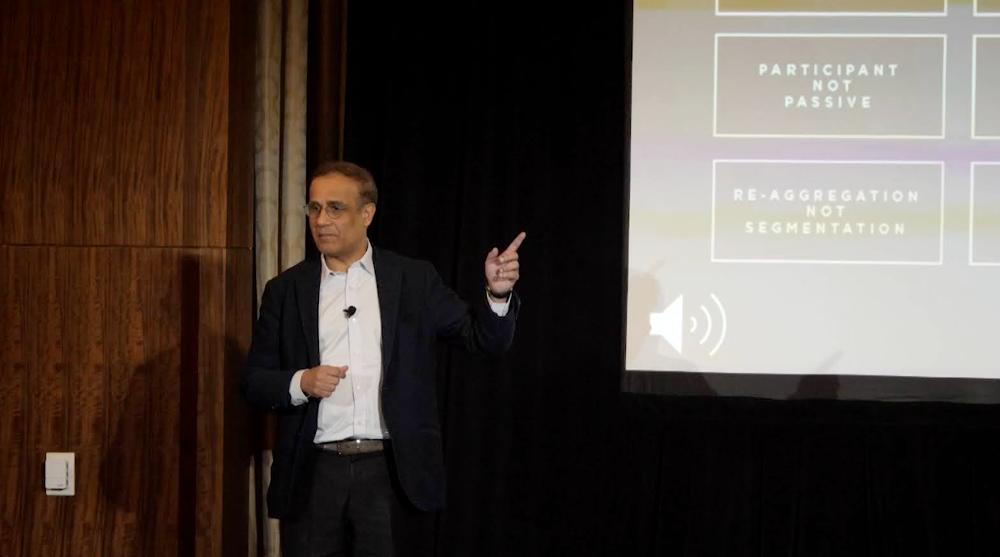 “We tend to underestimate how much employees express their company’s brand,” said Tobaccowala. “Airlines are a good example — they all ﬂy to the same places using similar equipment, but their differences are based on the people who work for them.”

“In many ways we’ve devalued what we do over time,” added Harris. “There was a great rallying cry for us not to just get paid fairly for the work that we do, but reclaiming our position as a trusted adviser with clients.”

Be a broad canvas, not a blank canvas

Kristen Cavallo, CEO of The Martin Agency, recently made waves in the industry when she singlehandedly stood up for agencies by shooting down an assertion by CEO of Coinbase that his company alone devised the low-tech Super Bowl ad that got a lot of attention. She publicly insisted and proved agencies had been involved in the creation of the ad. 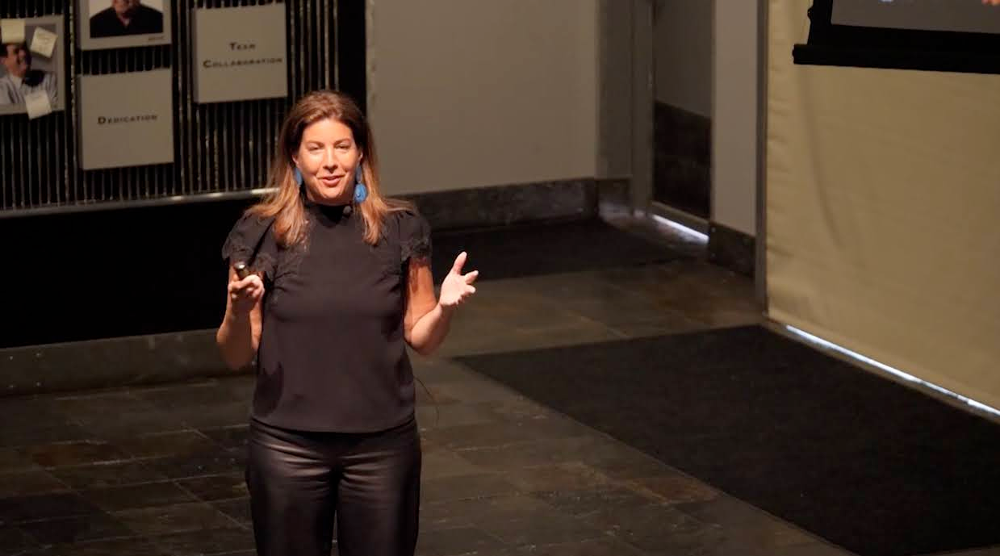 She took that ﬁerce defender attitude to Agency 2030, telling Worldwide Partners agencies they need to avoid the inclination to be anything the client needs, and not having some distinguishing identity.

“When agencies act as if they are a blank canvas and not a broad canvas — if they lack a point of view on how brands grow or a point of view born out of their best work — then what happens is that we all become imitations of each other,” said Cavallo. “I think the process actually hurts our industry. It hurts the credibility that we deserve because [we are] people who get degrees in advertising, who study human behavior, who have a point of view born out of years and years of experience. And when that is removed, and clients think we are all imitations or versions of the same.”

Jeppe Fonnesbæk, Client Services Director with Advance in Denmark, on the importance of having a winner mentality, why you can't be afraid to disagree with the client, and what it's like to work on the LEGO account for longer than most marriages.

The Montreal-based agency breathes creativity into strategic communications for both brands and organizations.