With the third-highest number of cases and second-highest number of deaths according to WHO, Brazil is one country that should be taking extra precautions to protect against the spread of coronavirus. Yet a large portion of the population is not adhering to the most basic preventative measures, such as wearing a mask.

To draw attention to this issue and raise awareness about the importance of properly wearing a mask, Worldwide Partners Agency Propeg created the “There Is No Reason” campaign for Correio de Bahia, the largest newspaper in the state of Bahia.

Brazil mandated the use of masks in July, but many people simply refuse to wear one. For those who do put a mask on, they’re often found wearing it incorrectly, hanging down around the chin or neck where it becomes ineffective at preventing the spread of coronavirus. This has been propagated by authority figures, celebrities and artists who are shown incorrectly wearing masks in the media.

“This bad example, often coming from some personalities and artists, also helps to discourage the correct use of the mask by the population, especially those with low income and little education, who may consider the accessory useless,” says Emerson Braga, CCO of Propeg. 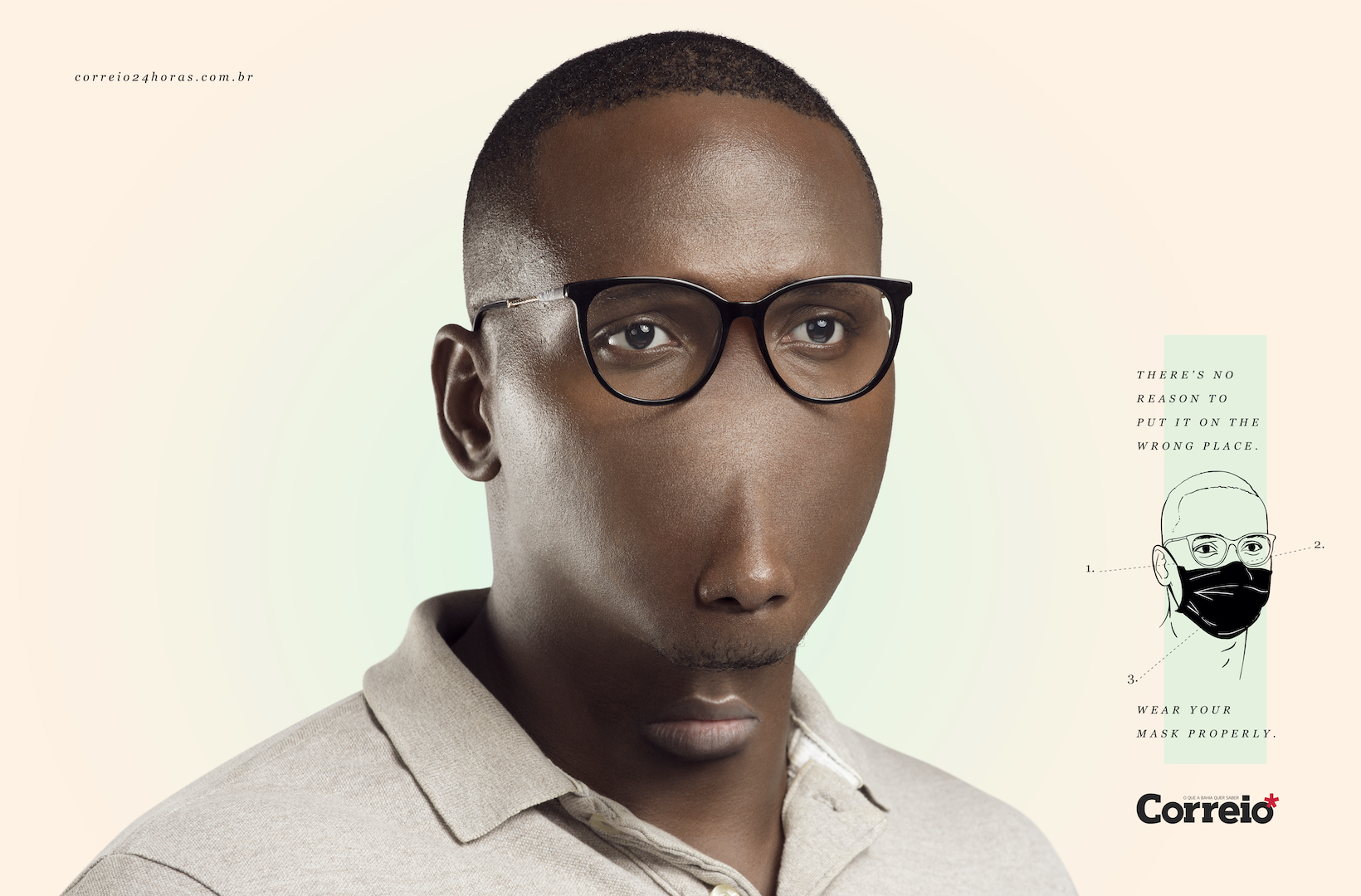 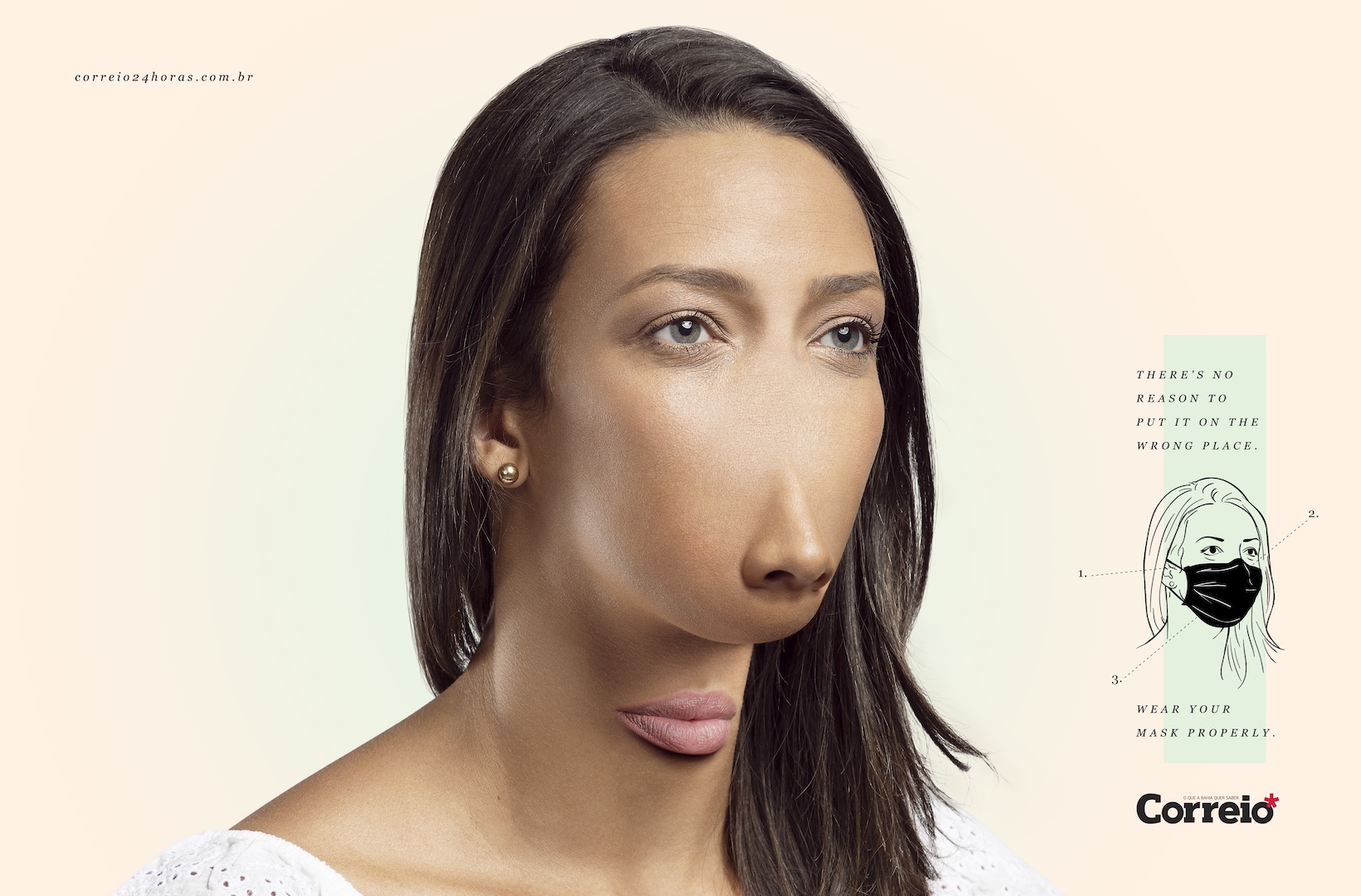 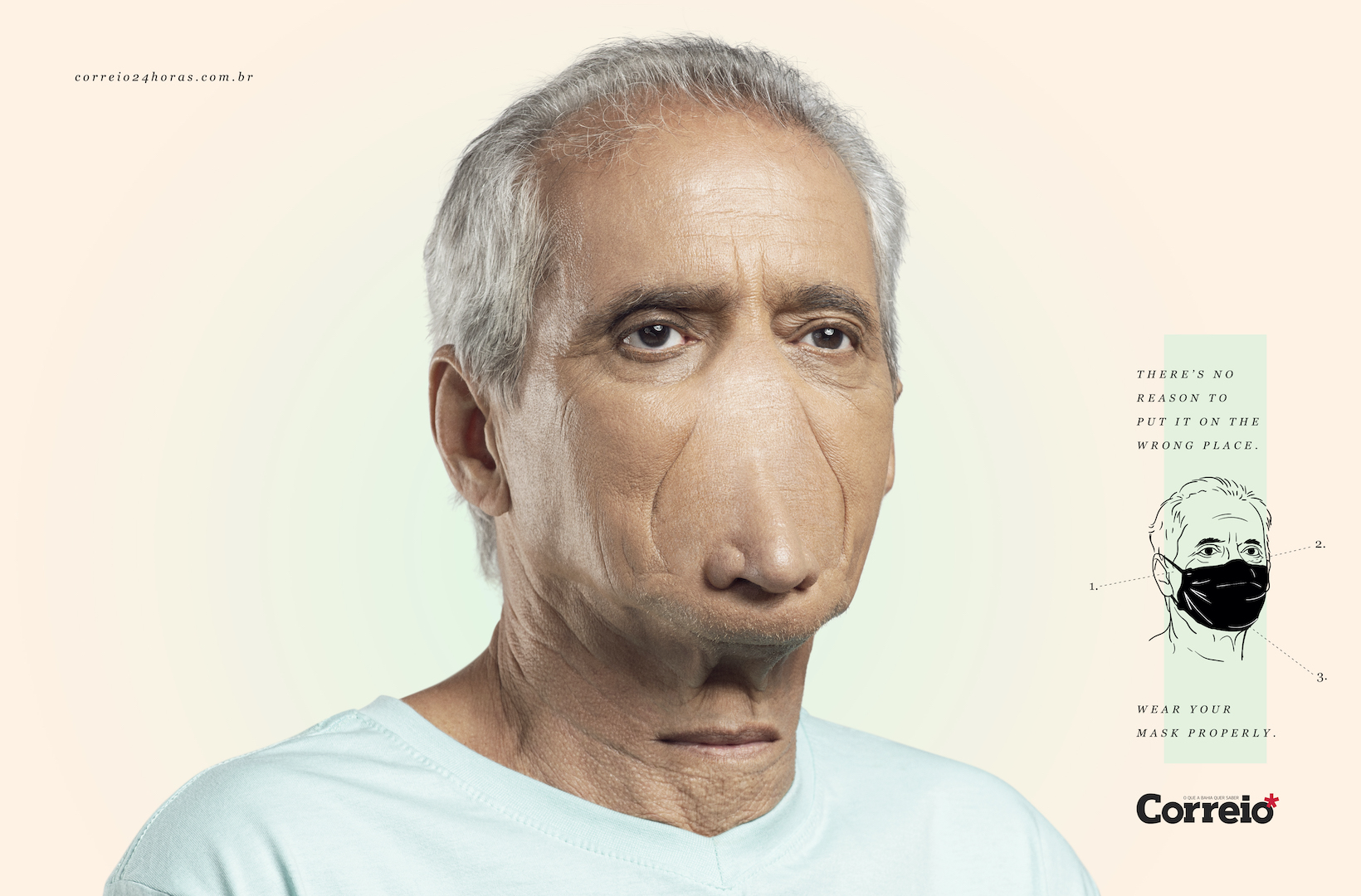 Propeg’s campaign utilizes a series of unsettling images of people with their noses and mouths shifted to the chin and neck, where masks are mistakenly worn. The ads also contain a diagram showing the correct usage of masks and the message “There is no reason to be out of place. Use your mask correctly.”

The ads are running daily in Correio de Bahia’s print and digital editions, and are being shared widely across social media channels. They have also captured the attention of the industry. Ads of the World published the pieces on their Facebook page, generating 1,500 shares and 100 comments in a single day, and Best Ads on TV selected it as the “Best Print” campaign of the week.

“This is a serious problem, not just in Brazil but around the world,” says Vitor Barros, Propeg CEO. “We’re honored that Correio de Bahia asked us to help raise awareness, and proud to be doing our part to help prevent the spread of coronavirus.”

WE Marketing Wins Big At The Tiger Roar Awards