Proof Advertising, an independent agency based in Austin, Texas and member of global independent network Worldwide Partners since 2019, call themselves a “brand liberation agency,” but they’ve also emancipated from the confines of traditional office space. No, we’re not talking about an airy, hip warehouse or cozy, converted church. This is no hybrid work environment or digital nomad situation. What Proof Advertising has going for them is the ultimate in office envy – a bar on Austin’s bustling 4th street and a new lake house on Lake Austin.

The Coolest Office in Austin, Bar None

Proof ditched the traditional office space in early 2021 but didn’t want to lose the ability to have employees get together. “When we bought out of our 21K square feet lease in downtown Austin, we wanted to keep some place for teams to gather, for me to pull in groups to work on pitches, etc.,” said Bryan Christian, Principal & CEO of Proof. This was right around the time that co-working spaces big and small started to pop up everywhere. But rather than rent an office or two in a WeWork, they opted for a different, cooler space.

"We went to the owner of our favorite bar and restaurant downtown to see if we could use their space by day since they open at 4:00 pm,” said Proof’s President Jocelyn Friedman. “We ran power to several booths and created probably the coolest space for an agency in Austin at less than one-tenth of a percent of our previous rent.”

Thus, the Proof Annex was born. The Proof staff has full access from eight in the morning until two thirty in the afternoon, come-and-go-as-you-please on any day, to have brainstorming sessions, meet to discuss client campaigns, or simply to get out of the house. 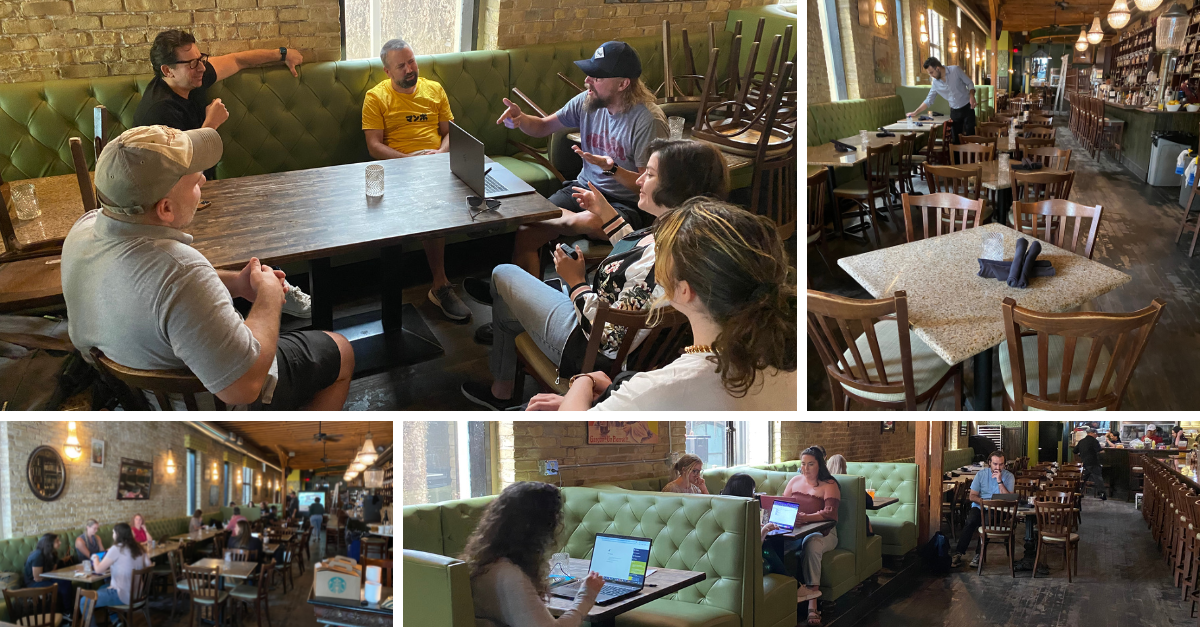 The Freedom to Connect and Grow

Proof not only liberates the brands they touch, but they also work to liberate their employees by offering these unique locations that allow for pure flexibility. It puts a whole new spin on WFH. These environments fuel the agency’s three main core values that they proudly live up to—rebellious by design, inventive in action, invested for good. And that’s certainly what they’ve done with their new lake house office.

"The bar downtown works great, but it still requires fighting downtown traffic and parking. The lake house is just fifteen minutes from downtown, but you never have to deal with the downtown congestion,” said Bryan.

Proof’s Liberation Lake House, which they opened in September of this year, has four bedrooms with two large studio-style rooms that can house teams for a few hours as needed. Because it’s still new and undergoing some renovations, Proof is easing in to how the lake house will be used. “We have had as much as twenty percent of the agency there for a few hours on a couple of days, but mostly it is a few folks at a time just meeting together and going to lunch,” said Bryan. “And when we buy a boat, we can hop in and lunch on the lake at a couple of really cool places.” 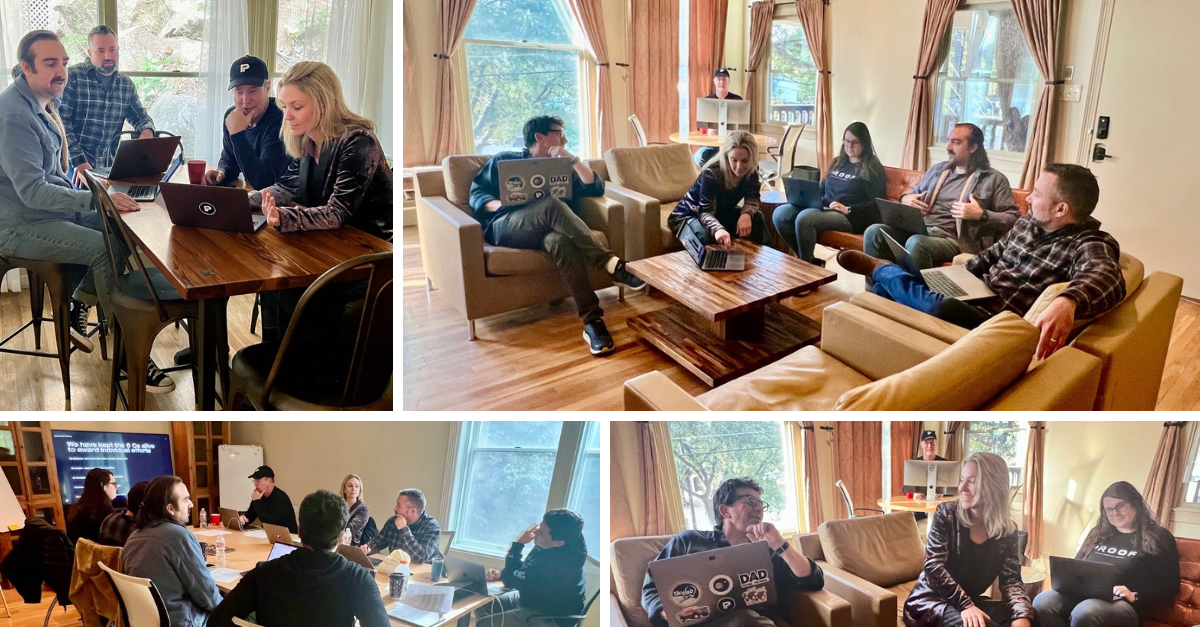 The Proof is in the Productivity

In addition to the financial benefits these two spaces provide, Proof is also seeing massive benefits in employee satisfaction and productivity levels. “Unanimously our staff prefers remote with opportunities to meet in person as needed or desired,” Bryan noted. “We will never go back to mandatory days at a physical location. We have become too productive in a virtual office world to screw it up with mandatory two or three days at the office policing or forcing people in.”

They’ve found that when their teams want or need to gather, they will. On their own terms. The employees that want more in-person time are very enthusiastic about both spaces. The ones that prefer to be remote all the time don’t feel pressure to come in. And Proof is coupling the two “office” spaces with monthly social events, such as axe throwing, bowling, pickleball games, and TopGolf outings.

The office envy doesn’t stop at a bar and lake house. Proof is on the hunt for other unique office spaces. They’ve considered a house near Whitefish, Montana to allow teams to visit for work gatherings or allow employee families to vacation there as a bonus. They’re also looking at options in New York City, as their ECD and Chief Strategic Officer live there. “It would be cool to find some funky place to call a clubhouse in NYC soon,” Bryan added. Very cool, indeed!

With so many companies rethinking the office space these days, it’s exciting to see one of our own partner agencies doing something truly unique, and thoroughly enviable.

Jeppe Fonnesbæk, Client Services Director with Advance in Denmark, on the importance of having a winner mentality, why you can't be afraid to disagree with the client, and what it's like to work on the LEGO account for longer than most marriages.

The Montreal-based agency breathes creativity into strategic communications for both brands and organizations.